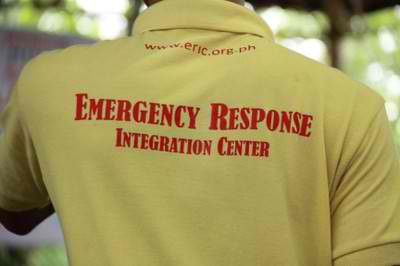 We are IT Professionals who volunteer our expertise for Information Communication and Management during disasters. We believe that in a disaster situation, information is as essential as food and water. With timely and accurate information, sound decisions could be made, coordination is facilitated, and more lives could be saved. We are primarily a non-profit and non-stock organization. We sustain our operations from our own personal savings and donations from good-hearted citizens and generous institutions.

We gather bits and pieces of information from victims and responders, from government and non-government units, from local and international organizations, and organize them into a unified situation-awareness platform that could be used by responding agencies, affected people, and any possible donors.  It is our hope that with this, gaps could be identified, and coordi nation is facilitated, response is maximized, and recovery is enhanced.

We believe in the HUMANITARIAN spirit that bind all people as one family, regardless of race, religion or faith and political affiliation, and economic standing. We work not in the spirit of competition, rather by COLLABORATION.  We believe we achieve more if we work as a Team, complimenting and supplementing each one’s needs and strengths. And for this reason, we take it as our solemn duty to respond to those in need. We aspire for EFFICIENCY and EFFECTIVENESS in all our missions.  Ultimately,  we work to save and protect as much lives as possible.

The color RED is purposely chosen to represent blood, the lifeline of humanity. It is also the color of urgency. WHITE represents the sincerity and purity of intention to serve. The CROSS as the symbol of the greatest love for humanity exemplified by Jesus is our inspiration to serve all of humanity. The LIGHTNING symbolizes the speed at which we aim to collect data.  The letter “i” formed by the lightning represents INFORMATION, that we aim to generate from the ground zero and  communicate to all humanitarian responders and DRR managers. The BLUE line symbolizes the bond of FIDELITY, the unwritten commitment to come to the aid of disaster victims and be counted upon by the affected population and responders alike.

WHERE WE HAVE BEEN

ERIC was born at the first critical hours of Typhoon Sendong (Washi) Operations in Cagayan de Oro City in 2011.  Our database was used by the multi-sectoral response unit organized by the Archdiocese and the results was used by the DSWD-R10. In 2012 Typhoon Pablo (Bopha) we monitored the needs and response situations for Campostela Valley and Davao Oriental. In 2013,  we provided information and coordination facilities at the Command Center for the Black Nazarene Traslacion in Quiapo, Manila where  devotees numbering 11 million people attended, and in the Redemptoris Custos Operation in Pagadian City’s Fiesta at the height of Aman Crisis. The devastation of Typhoon Yolanda (Haiyan) summoned us to step forward and take a public involvement in the Response and Recovery Phases. At present we work and support Government Agencies, International NGOs, and Church emergency preparedness response groups affiliation, and economic standing. We conduct training during blue skies and serve during emergencies.